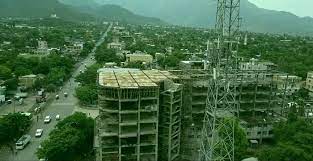 Currently, the Amhara Special Force, Militia and Fano forces are regrouping to defend the massive attacks against civilians.

Reports say there has been an exchange of heavy artillery between the two forces in Tekeze Front. TPLF forces, however, did not manage to cross the Tekeze river despite heavy shelling towards Wolkait area.

Meanwhile, U.S. President Joe Biden raised concerns about air strikes in the conflict in northern Ethiopia and about human rights issues during a call with Ethiopian Prime Minister Abiy Ahmed on Monday, the White House said.

In a tweet on Monday Prime Minister Abiy Ahmed said he had a “candid” telephone conversation with US president John Biden about current situation in Ethiopia.

However, President Biden later in a statement expressed concern over the ongoing hostilities including recent air strikes on Tigrayan forces.