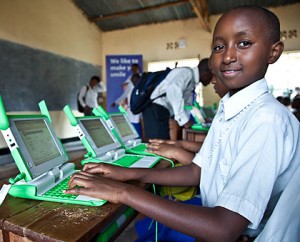 The Rwandan government’s ambitious plan to provide free WiFi connection to its citizens is set to transform the nation’s economy.

Earlier in the month, the project officially kicked off after months of preparations – making Rwanda the first nation to implement this scheme in Africa.

Numerous individuals in Kigali have reported being able to access the internet in specific locations across the city. Authorities say if the initial launch phase of the project is successful, the scheme will be extended to the entire country.

The Rwandan economy has struggled to recover from the economic implications of the 1998 genocide and many years of political intrigue. Officials say this scheme has to potential to radically improve the Rwandan economy, which is currently principally dependent on the export of agricultural produce.

Ultimately, all public buildings, schools, markets, bus stations and hotels in Kigali are expected to be made free WiFi hotspots.

In June this year the Rwandan government signed a deal with South Korean giant Korea Telecom Corporation to lay fibre optic cables and build transmitters to provide 4G LTE network connection throughout the country. Officials say the project, which cost about $140 million, is expected to be completed in three years.

Internet access  is quite expensive in many sub Saharan countries. Currently, only a small percentage of the Rwandan population are thought to have constant access to the internet. But the government is committed to altering the state of things. The Rwandan Minister for Information Technology Jean Philibert Nsengimana, in a recent statement, highlighted on the importance of the internet to economic and social development. According to him, the internet has become a basic human need, like water and food.

Rwanda is celebrated as one of the least corrupt countries on the continent and is ranked as the third easiest economy to set up a business in sub-Saharan Africa. The government hopes with this scheme investors will be convinced Rwanda is the right place to do business.

However, some critics say the scheme is as a result of desperation. Given the the fact that President Paul Kagame and the Rwandan Patriotic Front have ruled for the past 20 years, some say the government may be under pressure to show some results – especially since the regime has come under heavy criticisms from opponents in the past few years.

This notwithstanding, the government hopes the provision of free WiFi will reduce the rate of poverty in the country below 39%, from the current 45%. The government also plans to be the first East African nation to attain middle income status by 2020.

At the Transform Africa summit in Kigali, due to end today, the leaders of Rwanda, Kenya, Burkina Faso, South Sudan, Uganda, Mali and Gabon came together to share ideas on the most strategic ways of promoting IT in Africa to accelerate development.  Speaking at the meeting, President Kagame implored his fellow leaders to follow Rwanda’s lead and make the provision and promotion of the use of ICT an important part of their social and economic development agendas.