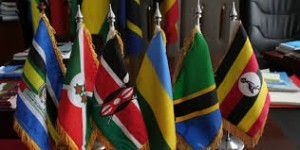 Kenya, Rwanda, Uganda and South Sudan have agreed to establish a single customs territory to promote business between one another.

The Presidents of the partner states signed a Memorandum of Understanding on Monday, during a regional integration summit in Kigali.

A single customs territory between these states will see the reduction of time a cargo takes to arrive at it’s destination from any other member state. For example, the transportation time of a cargo traveling from Kenya’s Mombasa port to Rwanda is expected to be cut down from twenty-one to just eight days, and all shipments from Mombasa to Uganda are expected take just five days instead of fifteen.

The agreement has also set a deadline of January 2014 for the implementation of an electronic system that will efficiently monitor cargo transit. Among other things, the system is expected to give custom officials the capacity to weigh items before they are allowed to enter into their territories.

The host of the summit, President Paul Kagame, expressed his optimism about the success of the joint project. ” [A] single customs territory is an important milestone that will contribute to the growth of our economies”, he said.

The summit in Kigali was meant to provide further directions on the best ways to intensify the process of regional integration. At the meeting, leaders also sought to evaluate progress made in implementing the goals set during the previous Infrastructural Summit held on August 28th in Mombasa.

At the group’s initial meeting on June 25th, Uganda had agreed to a plan for a pipeline to be built from its oilfields to Kenya’s new Lamu port. This agreement is expected to facilitate crude exports between partner states and would boost the emerging oil industry in the region.

The pipeline to Lamu port would also provide a safe route for the export of crude oil from South Sudan, which currently relies on a pipeline that passes through its antagonistic neighbor Sudan. The sour relationship between both countries has seen the flow of oil disrupted, with adverse effects on the infant South Sudanese economy.

The $25.5 billion Lamu project also includes the establishment of a major railway, a highway and an oil pipeline expected to link Ethiopia and South Sudan to the Lamu port.

The summit also saw members agree for consultations between Kenya, Uganda, and South Sudan on the best way to jointly develop a crude oil pipeline project.

As part of the regional integration process, leaders of the member states agreed to eliminate visa fees within the region. They also put forth ideas on the best methods of reducing the cost of travelling by air. At the next edition of the summit scheduled for November, the heads of states are expected to launch an East African tourist visa.

Also, Kenya is expected to share its plan for a new railway that would run from Mombasa through to Uganda, Rwanda and to South Sudan at the upcoming summit. The railway is expected to further boost trade between partner states by easing the movement of goods and persons. In August, the Kenyan government announced it had entered into deals with China worth $5billion. Part of the money, from these deals, will be used for the construction of the railway line.

Some of the projects being initiated were part of the plans developed under the East African integration scheme, which Tanzania and Burundi are part of. Both countries have been accused in the past of dragging their feet when it came to commitments toward regional integration. Experts describe their absence in this agreement as a step in the wrong direction for regional integration.