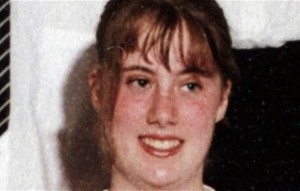 The Somalia based Islamist group, Al-Shabab, have dismissed reports that a woman took part in last week’s Westgate mall attack. The group’s Twitter post on Monday debunks the “White Widow” theory, saying it was against their policy to send women on such missions.

“We once again openly declare that no woman was involved at Westgate,” Al Shabab posted on Twitter.

Speculations went viral following the deadly mall attack that a British woman was part of the attackers and reportedly directed the siege which lasted four days and left 67 dead. British newspapers had identified Samantha Lewthwaite aka “White Widow” as the woman involved.

In a related post, the terrorist group mocked the Kenyan government’s lack of information on how the deadly attack was organized and its participants.

“A week after Westgate, the Kenyan government and Western intelligence officials failed to uncover the facts and details of the Westgate Operation.”

In another post Al Shabab said “The Kenyan government is still chasing its tail by holding on to the hopeless notion that a woman led the attack.”
Samantha Lewthwaite is the widow of Germaine Lindsay, who blew himself up in an attack on the London transport network in 2005, which left about 52 people dead.

Last week, Interpol issued a “red notice” arrest warrant for the mother of three on charges of conspiracy to commit a felony that dates back to 2011 and possessing explosives.

Lewthwaite is believed to be on the run in Eastern Africa and is also wanted by the Kenyan authorities for allegedly being part of a different plot to attack expensive hotels and malls in Nairobi. Al Shabab did not mention if Lewthwaithe was in anyway associated with their movement.