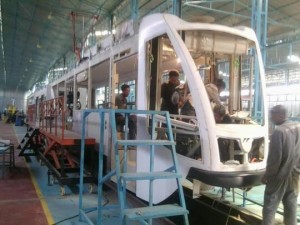 Ethiopia is expected to complete civil works for its first light rail system this year. The project is being carried out by the Chinese Railway Engineering Corporation.

This light railway transit system is expected to be one of many light railway systems to be constructed across the continent in the next few years. Thus far, about 43% of the 34 kilometer project has been completed.

The construction of this rail route began in 2012, engineers had estimated the project would take about 3 years to complete. The Ethiopian Railway Corporation says it expects to begin working on the electromechanical aspects of the rail soon. In total, the rail is expected to cost about $475 million to be completed.