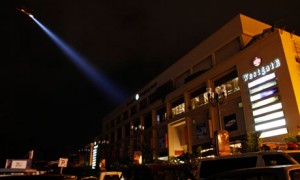 Al shabab has released the names and nationalities of 9 of the attackers involved in the Westgate mall attack. The information was posted on al shabab’s twitter account, shortly afterwards the account was suspended.

Meanwhile in the U.S, President Obama has come under severe pressure to implement a plan to send troops to support the fight against al shabab. Lawmakers and analysts are increasingly concerned that al shabab is able to recruit members from other continents and fund its operations easily.