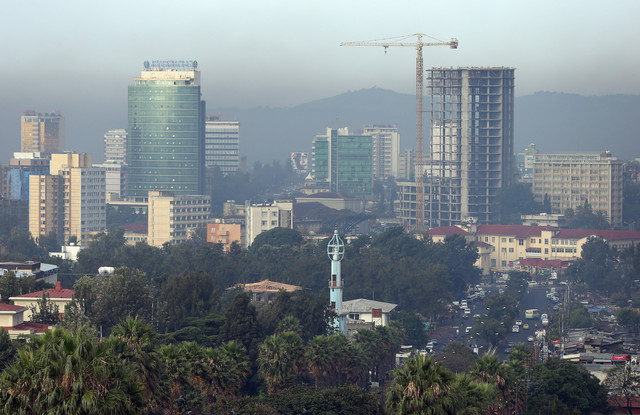 The World Bank predicts that Ethiopia’s GDP could grow by 7percent in the next year, significantly shy of the 10.6 percent average that the country claims to have achieved over the past decade.

The economy could grow faster if the government changes its policy to promote private investment as opposed to public investment. Growth in the past was mostly driven by state intervention policies and expansion in services and the agriculture sector – the economy’s largest sector.

The World Bank’s lead economist in Ethiopia, Lars Christian Moller, said “We still think growth could be robust – in the order of 7 percent in the medium term would not be unexpected.”

He however said that for Ethiopia to become a middle income country with a gross national Income (GNI) per capita of about $1430, it would need to maintain the same level of economic growth as it has achieved over the last 10 years. The country’s GNI per capita in 2012 was $410 while the rate of economic growth between July 2012 and July 2013 was 7 percent. Ethiopia hopes to achieve middle income status by 2025.

Ethiopia is planning to revolutionize its agrarian economy through large, state-supported projects in the transport and energy sectors. It has the third largest rate of public investment by percentage in the world and the sixth lowest private investment. In the 2011-2012 fiscal year, the horn of Africa country spent 19% of its GDP on infrastructure projects.

Mr Moller said that Ethiopia is making “a deliberate choice” to deprive the private sector of finances in the short term in order to benefit the sector in the long run. The state controls the retail, transport, banking and telecoms sector which are closed to private investments.

Last month the annual inflation rate increased to 8 percent from 6.1 percent in April. A tight monetary policy could control inflation to keep it from returning to the double digits.