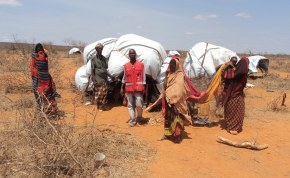 Fresh inter-clan clashes have erupted in Moyale Town on the border of Kenya and Ethiopia leaving an unknown number of people dead.

Marsabit County Governor, Ukur Yattani, said that at least 20 people had been killed in the clashes between the Gabbra and Borana clans. Automatic weapons and grenades were used in the violence which erupted over competition for water and pasture. Some businesses in Moyale Town were looted during the attacks while others remained closed.

Governor Yattani said, “We are even in a crisis meeting to try and solve this issue. There are about 20 people who have been killed in today’s attacks alone. Many others are injured and displaced and property destroyed.”

Kenya Police spokesperson, Gatiria Mboroki, however declined to confirm the governor’s claims that 20 people had died. Instead she said that several houses were torched during the violence and some people injured before being rushed to hospital.

Ms Mboroki said an investigation targeted at tracking down the perpetrators of the violence is currently underway and more police officers have been sent to the area to deter further attacks. She went ahead to urge the local leadership to assist in tracking the perpetrators.

The clashes initially broke out between the Gabbra and Borana clans but the Burji clan was later roped into the violence subsequently clashing with the Borana.

By Sunday, six people had been killed in a series of attacks in the area in the past one week.