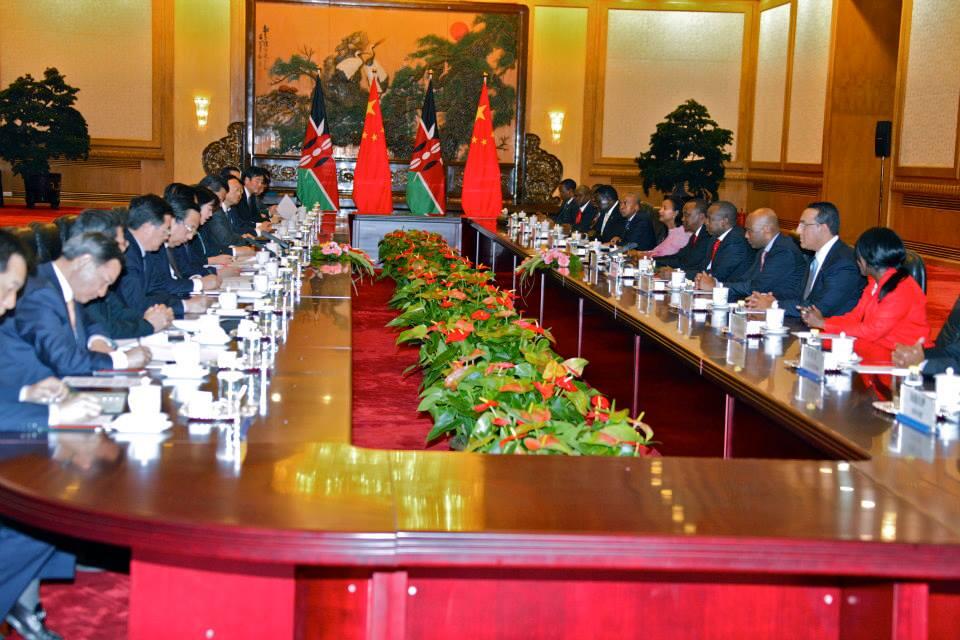 Kenya’s president, Uhuru Kenyatta, on Monday signed deals worth $5 billion with Chinese president Xi Jinping. The deals were signed during a five-day visit by President Kenyatta to China; this is his first visit to the Asian country since he was elected president earlier this year.

The funds will go towards wildlife protection, energy projects and a railway line linking the port of Mombasa to the border town of Malaba, near neighbouring Uganda.

No details were given on whether the cash is a loan or grant or the nature of energy projects or wildlife protection which will be implemented with the amount. Poaching of elephants and Rhinos for ivory in Kenya has increased quite significantly due to high demand for the commodity in China and other Asian countries.

Uhuru Kenyatta however said the recently signed deals would provide a “massive boost” for his government.

A statement from his office quoted Mr Kenyatta saying “The rail link, particularly, is important in the context of East Africa’s shared goal of ensuring quicker movement of peoples, goods and services.”

The two countries are also exploring opportunities for further cooperation particularly in the agriculture and technology sectors.

Political Partnership
The two presidents also agreed to increase cooperation between China’s and Kenya’s ruling parties. The statement from Mr. Kenyatta’s Office read “they agreed that party-to-party contact was essential to bolster political and economic partnerships.”

Kenyatta has been working more closely with China because the charges he is facing at The Hague over alleged Human Rights Violations have strained his relationship with the West.