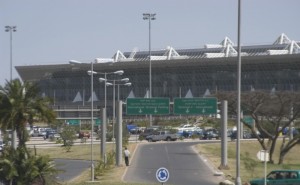 “The device was not an explosive or type of bomb but just a flammable cylinder gas”, said state minister for communications, Shimeles Kemal, to a reporter from the Sudan Tribune. A counter-terrorism unit has since been established to deal with the incident and investigations are ongoing, he added. No arrests have been made yet.

The investigators have also not determined whether the devices were planted at the airport by terrorists.

Officials from the airport also confirmed that the discovered devices were indeed gas cylinders which could potentially explode if exposed to fire. They however declined to comment further on the incident saying that more details would be revealed once the investigation was complete.

Last week, airport janitors found two devices at the departure terminal of Ethiopia’s largest airport. Bole International Airport is one of Africa’s busiest airports. It has been an international gateway in and out of Ethiopia for more than 40 years with passenger traffic of about two million passengers every year.

The Ethiopian Airports Enterprise has recently completed an expansion and upgrade project of the airport which will enable it to increase passenger traffic.