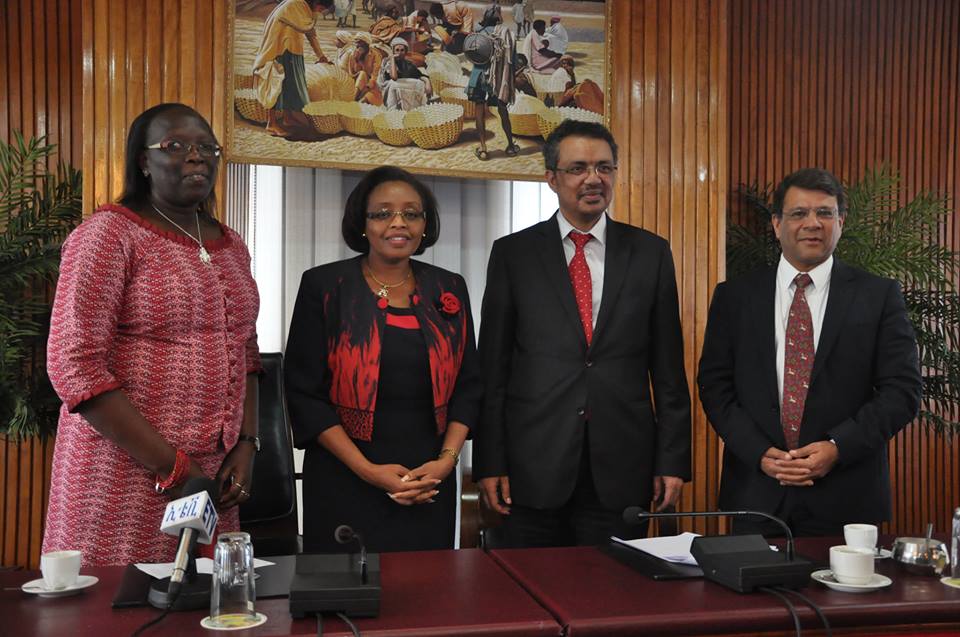 Kenyan manufacturers have asked the Ethiopian government to eliminate bottlenecks currently hindering the development of bilateral trade between the two neighbours.

Speaking on behalf of the traders, the Kenya Association of Manufactures ( KAM), called upon  Prime Minister, Hailemariam Desalegn, to fast track investment opportunities and allow Kenyan banks and traders to conduct business in the country. Ethiopia was also urged to become a signatory of the Comesa Free Trade Area protocol and improve capacity building.

Following a three day visit to Ethiopia, KAM chief executive officer Betty Maina Maina said “The transit pact will allow the movement of transit cargo and goods across the border at Moyale.” Cabinet Secretary for East African Community, Tourism and Commerce Phyllis Kandie, was also part of the delegation that visited Ethiopia.

Ethiopia’s Prime Minister in turn called for  a quick ratification and development of the protocols for the implementation of the Special Status Agreement (SSA) signed last year.

“I still feel the devil is in the details and there is need to work on the specific details with our private sector and our respective governments,” he said.

Desalegn promised to carefully consider allowing Kenyan owned banks to conduct business in his country.  The Kenya and Ethiopian parliaments have yet to ratify the pact.

KAM also asked the country to deal with the current foreign currency shortage, which  has impacted the growth of the manufacturing sector.  Statistics indicate that Kenya is among Ethiopia’s largest trade partners on the continent. In 2010, Kenya’s exported goods worth $43 million against imports worth $2.4 million.

The PM expressed doubt over the application of the rules of origin where goods are concerned saying that his country was obligated to protect budding domestic industries from competition by cheap imports.

He also said that Ethiopia was studying the Comesa protocol but added that more investors were welcome into the country.

“This country has huge potential in agriculture, we have around 400, 000 hectares of sugar production in this country. Anyone who wants to engage in sugar and palm oil production is welcome to come and invest.”