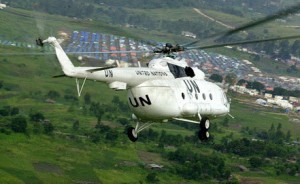 Several people were injured when a helicopter carrying U.N. personnel crashed in the town of Debre Zeit, 50 kilometers (30 miles) outside of Addis Ababa, Ethiopia, officials said.

Dina Mufti, the spokesman for Ethiopia’s Ministry of Foreign Affairs, said that multiple people were injured in the Wednesday crash but did not give further details.

According to U.N. spokesman Farhan Haq, the helicopter was heading to South Sudan where it was going to be used by the World Food Program in Jonglei. A Russian company, PANH Helicopters, is the owner of the helicopter that crashed, added Haq.