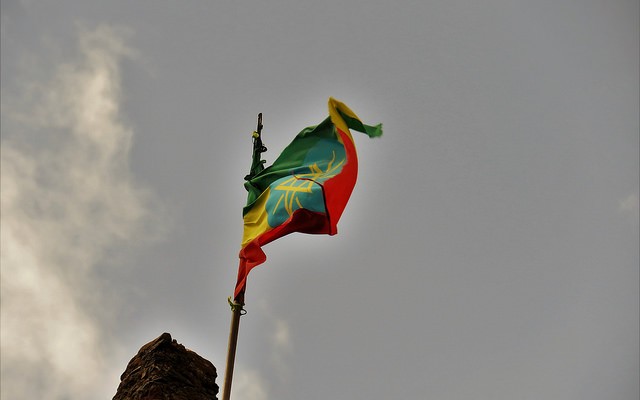 Ethiopian authorities have announced a set of rules as part of the ongoing state of emergency in the country, which was declared last week in response to months of violent anti-government protests.

Ethiopia’s Minister of Defense Siraj Fegessa issued a statement on Saturday outlining the rules governing the state of emergency, AP reported. Under the rules, contacting groups which the government considers terrorist organizations is prohibited. Watching opposition media channels like Ethiopian Satellite Television and Radio, and Oromia Media Network has also been banned.

The rules also state that all diplomats in Ethiopia cannot travel more than 25 miles outside of Addis Ababa, the country’s capital. Diplomats are required to take permission from the government to travel away from Addis Ababa.

Under Ethiopia’s state of emergency, the country’s first in 25 years, security officials can search and detain suspects without court orders. The rules also state that public gatherings must be approved by the government.

People who violate the rules of the 6-month long state of emergency could reportedly face three to five years in prison.

The protests in Ethiopia started last year in the Oromia region over a government expansion plan. The demonstrations, which spread to the Amhara region this year, turned violent after clashes between security forces and protesters. Human Rights Watch puts the number of causalities at around 500.

Ethiopian authorities claim that the protests have been hijacked by armed opposition groups working with foreign governments to destabilize the country.

Last week, protesters in the Oromo region reportedly attacked and destroyed properties belonging to several foreign firms. A US researcher was also killed in the violence after protesters threw stones at the vehicle she was riding in.

The Ethiopian government has shut the Internet down and declared a state of emergency in response to the violent protests.

The Danish ambassador to Ethiopia, Mette Thygesen, revealed on Thursday that Addis Ababa has failed to provide a set date when Internet services would be restored. Authorities say that they would only restore the Internet when it is safe, Africa News reported.

The Ethiopian government has accused Eritrea and Egypt of training and arming groups responsible for the unrest.

International organizations including the United Nations (UN) and the European Union (EU) have called on the Ethiopian government to restore Internet services. Last week the US State Department also expressed concern over the recent developments in Ethiopia.