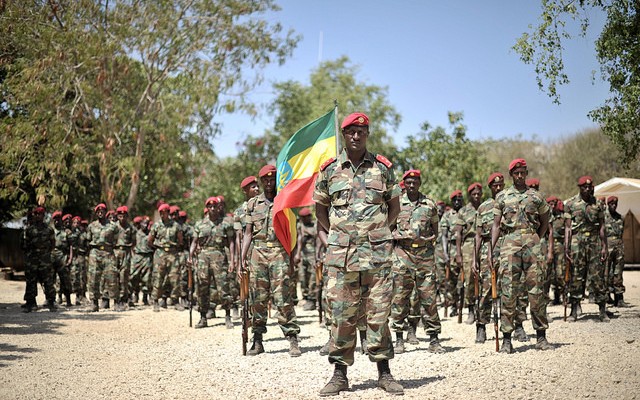 About 1,000 Ethiopians suspected of attacking and destroying the properties of foreign companies in the Oromia region have been arrested.

The suspects were detained on Monday in Sebeta, a town near Addis Ababa, Ethiopia’s capital, Fana Broadcasting reported. The suspects are mostly from other parts of Oromia. The region has been experiencing widespread anti-government protests since November last year.

“Among the detainees, natives of the town are not more than 40 and 50. Majority of the detainees came from other areas of Oromia Regional State,” the Mayor of Sebeta Ararsa Merdasa said.

Officials say the suspects were apprehended with the help of locals who identified the culprits and their crime during a town meeting, BBC reported. However, investigations are still ongoing to ascertain the innocence of each detainee.

Last week, protesters in the Oromia region reportedly attacked several foreign-owned firms and a police station. Stone-throwing protesters also killed a US researcher who was traveling through the region after her vehicle was attacked.

The Ethiopian government has shut the Internet down and declared a state of emergency following the wave of violent protests which has since spread to the Amhara region. Officials have dismissed the protests as the workings of foreign forces looking to destabilize the country.

President Mulatu Teshome has also promised government support for the companies affected by the violence. Teshome, who visited the affected areas last week, said the government would assist the companies to get back into production, Fana Broadcasting reported.