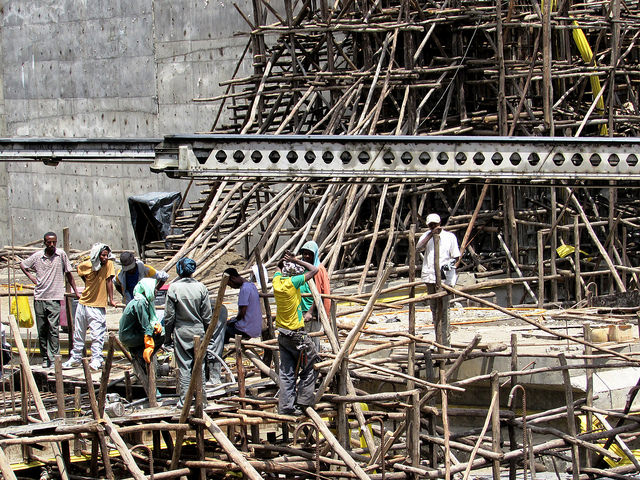 Egypt on Monday denied requesting for Israel’s help to resolve its ongoing dispute with Ethiopia over the construction of the Grand Renaissance Dam (GERD).

Zeid said Egyptian officials have only discussed bilateral issues with Israel that do not pertain to Ethiopia. He said these discussions include working with Israel to bring about a solution to the crisis in Palestine.

Since 2010, when Ethiopia announced plans of constructing the 6,000 MW Dam on the Nile, there has been a disagreement with neighboring countries. Egypt and Sudan, both beneficiaries of the Nile, have expressed concerns about the mega project.

Egypt has persistently raised concerns over the adverse effects the construction of the dam would have on its annual share of the freshwater from the Nile. The Nile is Egypt’s only source of fresh water. The GERD will reportedly have a storage capacity of 74 billion cubic meters of water.

The disagreement has led to several meetings between the irrigation and foreign ministers of Sudan, Egypt, and Ethiopia. In an attempt to reach a consensus on the GERD, two consultancy firms have been hired to conduct technical studies into the possible adverse effects of the dam’s construction.

Ethiopian authorities have assured their downstream neighbors that the dam would be positive for the region and would have no negative effects on their annual water supply.