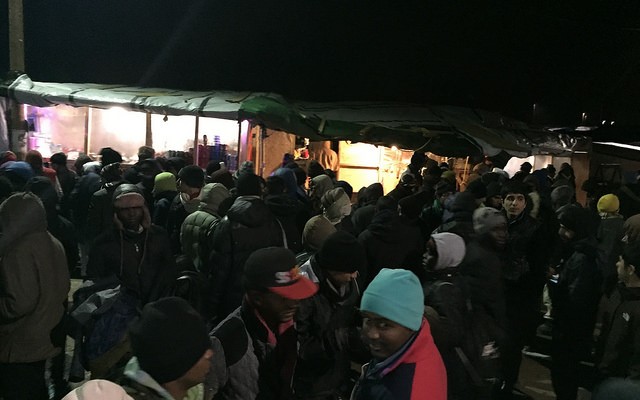 An Ethiopian migrant was stabbed to death on Tuesday morning in France’s Calais migrant camp during violent clashes between groups from Africa and Afghanistan.

The massive brawl, which involved about 200 African and Afghan migrants, began around 2 a.m. on the fringes of the sprawling camp.

The African migrants involved in the fighting were reportedly from Ethiopia, Eritrea, and Sudan, RFI reported.

A 37-year-old Ethiopian man was stabbed to death while six other Ethiopians sustained serious injuries during the incident. The migrants reportedly used knives and sticks as weapons during the fight.

The victim, who was rushed to the hospital by a No Borders activist, died from stab wounds to the chest, Express UK reported.

The deceased Ethiopian man had reportedly been hoping to enter Britain and seek asylum. He is the eighth migrant to be killed in the camp since January.

Calais police have opened a murder investigation following the incident. Officials have sealed the scene of the fighting as part of their investigation. Authorities are also set to examine footage from roadside CCTV cameras. The police are also calling witnesses to step forward.

The cause of the brawl between the migrants remains unclear. However, fighting and rioting is common in the camp, which hosts thousands of migrants, AFP France reported.

About 40 people were injured in May after clashes between Sudanese and Afghan migrants.

Last week, the body of a migrant was reportedly found on a highway close to Calais, in northern France. The identity and nationality of the migrant remains unknown.

It is estimated that there are about 4,500 migrants in the camp hoping to make it to Britain. However, charity organizations place the number of migrants at 7,000.

Calais officials say migrants have created about 30 barricades on the road in attempts to stop and board vehicles heading to Britain.

This month, the Major of Calais Natacha Bouchart said the camp would soon be torn down.