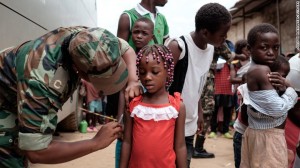 Ethiopia is the latest African nation to record cases of yellow fever cases following an outbreak of the disease in Angola last year.

According to the United Nations, about 22 suspected cases of yellow fever have been reported in Ethiopia. One case has been recorded in the Republic of Congo and two in Sao Tome.

An investigation to determine if the cases are connected to the outbreak in Angola is ongoing. Health officials will try to identify the vaccination status of the patients involved in these cases.

The yellow fever outbreak in Angola began in December 2015. As of June 2016, over 2000 suspected cases of the disease have been reported in the country. Up to 788 of these cases have been confirmed by lab tests and about 325 people have died from the disease.

Despite an aggressive vaccination campaign, the disease has continued to spread.

Health officials from the DRC have confirmed a connection between yellow fever in their country the outbreak of the disease in Angola. About 41 cases have been traced to people who recently traveled to or from Angola. The infections are mainly concentrated in the cities.

The World Health Organization (WHO) is assisting the national authorities of the affected countries to combat the disease. About 1,983,507 people in Kongo Central and Kinshasa have reportedly been vaccinated.

Angola has reportedly vaccinated nearly half of its population. However, health officials have expressed concern over the high risk of the disease spreading. There are also concerns that non-immunized travelers can spread the disease internationally.