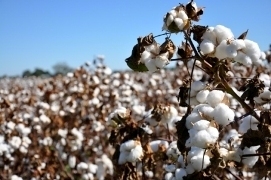 Kenyan authorities have commissioned a Sh50 million laboratory exclusively dedicated to the cotton industry this week, according to local sources.

The facility, located in Kabete, Nairobi, will enable farmers easily grade the quality of their cotton produce. The laboratory is also expected to facilitate an overall increase in the standard of Kenyan cotton and further improve production.

Kenya’s cotton industry, once one of the primary national earners, has suffered from many changes in the market that have culminated in it being relegated to the background. Most of the textiles used in Kenya today are reportedly imported, while locally produced cotton are primarily for export.

However, in the past few years, officials have relayed plans for various projects to revive the industry.

Africa’s cotton industry is gearing for a boom, according to experts, as the high cost of production is reportedly forcing companies to turn from Asia to Africa.

The Cabinet Secretary for Industry and Enterprise Development, Adan Mohamed, recently unveiled plans to dedicate a city to textile production near the Athi river.

The ‘Textile City’, which will be completed in 2016, is expected transform the country’s cotton industry by attracting investment, cutting the cost of production and generally renewing interest in the sector.

The city will further increase demand and thereby lower the cost of pesticides – which is reportedly the main price-surging factor in production.

Last month, the chairman of Africa Cotton and Textile Industries Federation (ACTIF), Jaswinder Bedi, proposed that the Kenyan government creates a fund to support technological upgrade in the textile industry. He explained that this would offset the cost of production and increase competitiveness in the market.

The Acting Chief Executive Officer of Kenya’s Cotton Development Authority, Anthony Gikandi, has revealed that a programme is underway standardize the country’s cotton by introducing certified seeds. Rumors abound that these seeds will be genetically modified.

Mr. Gikandi has also noted that cotton farmers are being connected with financial institutions where they can easily procure loans to support the rising cost of production.

Kenya’s cotton industry has struggled to meet demand for many years. Local sources say the annual average production capacity is only 20% of the annual demand for seed cotton.