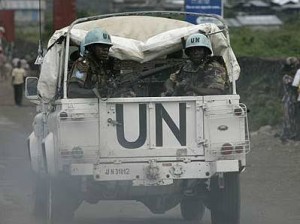 The United Nations Secretary General, Ban Ki-Moon, has voiced his concerns over the strained state of the relationship between the Burundian government and opposition parties, which has resulted in several violent clashes this year.

In a statement released by Mr. Moon’s spokesman on Mar. 12th, the Secretary General censured the government’s heavy-handed restrictions of the rights of citizens.

“Respecting these freedoms and other human rights is a precondition for free and fair elections in 2015. Burundi cannot afford to miss this opportunity to consolidate its democratic gains,” the statement reads.

Mr. Moon further asserted the United Nations’ support for dialogue between the warring parties to “resolve their differences peacefully…in line with the political roadmap adopted in March last year and the consensus enshrined in the Arusha Accords.”

The political climate has been tense in Burundi since the end of last year after the government revealed plans of making some constitutional changes.

Protests by opposition groups have led the government to attempt to increase its hold on power by increasing its repression of dissenters.

On Saturday, Mar. 8th, the police were involved in an altercation with members of the Movement for Solidarity and Democracy (MSD).

Reports indicate that the group had set out to jog before they were confronted by police officers.

The episode, which saw the temporary kidnapping of two police officers, eventually ended with the arrest of several members of the party.

State prosecutor, Arcane Nimubona, has told AFP that the MSD supporters in custody, reportedly numbering about 71, have been charged with violence and participating in armed insurrection.

Although the Chairman of the MSD, Alexis Sinduhjie, who is at the centre of this conflict is currently on the run, he has been charged in absentia and along with his supporters could be handed a life imprisonment sentence if found guilty.

Burundian officials have repeatedly vindicated their sometimes brute interference of opposition gatherings as necessitated by reports of these groups planning to ignite widespread civil unrest through protests and other public meetings.

But opposition groups say the government’s actions are meant to stifle opposition ahead of the country’s much anticipated elections in 2015.

These accusations particularly relates to the sacking of Vice President Bernard Busokoza, who is also a member of the Tutsi opposition party, Union for National Progress (UPRONA).

Three UPRONA ministers reportedly quit their posts in protest against the deputy leader’s dismissal. However, the authorities have been un-moved by this.

Recently, the government unveiled a new candidate for the vice presidential slot, as well as three ministers, reportedly nominated by President Nkurunziza to replace the three who quit. But UPRONA officials have vowed not to give their consent to the nominations.

As Burundi approaches one of the most important elections in its history – seen as a test of its democratic credentials – the government is under pressure to show evidence of its work and consolidate its place in power.

While CNDD-FDD officials have dismissed claims that President Nkurunziza will run for a third term, there is a raucous debate among Burundians over the possibility of this happening.

Meanwhile, the UN Security Council voted last month to extend the presence of the organ’s office in Burundi – which has been instrumental in assisting the nation recover from decades of war – until December. The UN is also set to deploy observers to monitor the nation’s elections next year.

President Nkurunziza won about 92% of the polls in the 2010 national elections after the other candidates pulled out, citing intimidation and widespread manipulation of the electoral process.

Photo: Security officers ride in a truck in Burundi.