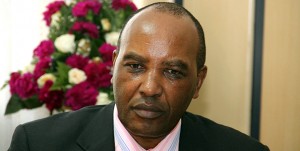 The Chairman of Kenya’s National Security Advisory Committee (NSAC) and Cabinet Secretary, Francis T. Kimemia, has disclosed that the United States Agency for International Development (USAID) is conniving with activists to topple the government of Kenya.

He noted, in a statement published by Standard Digital, that the committee “is in possession of credible intelligence documents and information” proving that the donor agency has funded activists and other dissidents to destabilise the government through protests and other means.

Mr. Kimemia has called for the Ministry of Foreign Affairs to “urgently summon” USAID officials in Kenya to provide information on the alleged plots.

He further noted that it is in the national interest of Kenya that the donor agency deals with the revelations “in tandem with international protocols that regulate tolerance or expulsion of Agencies that undermine sovereignty of a legitimate and democratic Govt. and interfere with internal matters of countries.”

The USAID has been one of the main development partners of many African nations for many decades. The organization is known to provide technical and financial assistance to African nations on a range of socio-economic issues, including democracy and governance.

Pundits say Kenya receives up to Sh70 billion annually from the United States government through the donor agency.

In the past few weeks, the USAID has become the center of public discourse after the organization was implicated in witness tampering accusations in the ongoing trial against the deputy leader of Kenya, William Ruto, and journalist, Arap Sang at the International Criminal Court.

On Monday, witness 323, identified as David Kiare Kibe, told the Hague that he had been coached by USAID officials to provide false testimony to the court for a fee.

The U.S. Embassy in Kenya has, in the past, denied these accusations. However, the USAID is yet release any official comments on it.