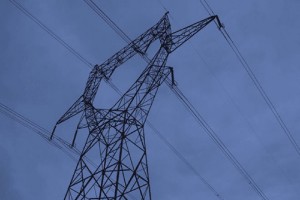 Ethiopia and Yemen have begun negotiations into an agreement that could see the former export electrical power to the Middle Eastern nation over 700 miles away, reports indicate.

According to sources, the agreement stipulates that Ethiopia will sell 100 MW of electric power to Yemen for a year. The power transmission will reportedly be made via a power cable to be laid on the floor of the Red Sea.

Analysts expect that this would result in a clean and steady power supply for the Middle Eastern nation.

According to reports, Ethiopian officials confirmed the electricity deal between the two countries on Wednesday in a statement. This revelation comes after Yemeni delegates reportedly visited Ethiopia last month to discuss the deal.

However, Misikir Negash, heads of the public relations department of the Ethiopian Electric Power Corporation, stated that the idea needs to be supported by studies.

Other sources have revealed that preparations are underway for additional studies into the project, which will be jointly financed by both countries. The recent agreement between Ethiopia  and Yemen makes the latter the fourth nation to purchase electric power from Ethiopia. Currently, Ethiopia sells 35 MW of electric power to Djibouti, 100 MW to Sudan, and 400 MW to Kenya.

Reports have emerged that the government of Yemen is keen on expanding its distribution network of power. With the recent proposal, Addis Ababa would enable Sana’a, Yemen’s capital, fill its power deficit.

However, officials say the project must be proven financially and commercially viable before implementation can occur, sources indicate.

Since 2012, the Yemeni government has purportedly vowed to end its crippling power outages.

The country also hopes to seek new avenues with Ethiopia in terms of collaborations and partnership.

Ethiopia has an ambitious plan of increasing its power supply from  2,268 MW to 10,000 MW in a couple of years.

To this end, the Minister for Water, Energy, and Irrigation, Alemayehu Tegenu, stated that power projects with over 8,500 MW capacity are presently being implemented around the nation.

Critics assert that Yemen’s severe electricity shortage is a financial catastrophe. They further state that frequent power outages are a huge concern especially for small and medium-sized businesses.

The current proposal therefore signifies hope for the government and residents of Yemen.