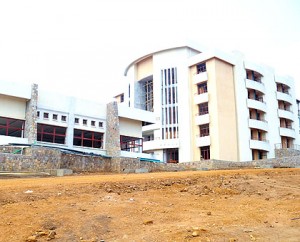 A Rwandan man suspected of having participated in the 1994 genocide of Tutsis in the central African nation has been arrested in the Netherlands, authorities said on Thursday.

The 54 year-old man , identified only as “Jean Baptiste M.”, was reportedly arrested in Leusden, Netherlands, after immigration authorities revoked his residency permit in June because he was suspected of involvement in the genocide which saw the slaughter of more than 800,000 people.

According to officials, the man was allegedly the leader of a Hutu extremist party who prepared and deployed murder squads in the southwestern Kigali township of Nyakaband. He is also suspected of drawing up Tutsi hit-lists, giving guns to Hutu militia, setting up roadblocks and carrying out attacks on Tutsis.

Also in 2013, a 37 year-old man was arrested in July in a Dutch investigation into a 1994 mass murder at a school outside the Rwandan capital of Kigali, that claimed the life of around 2,000 Tutsi victims.

In a related development, officials have revealed that “the one dollar complex” for genocide orphans will be ready by April.

On Thursday, Constantin Rukundo, president of the student genocide survivors Association, AERG, said “We have 600 homeless students, but, unfortunately, they can’t all be accommodated in the complex. We have to select 190 who are most needy,”

The One Dollar Complex is a product of a campaign by Rwandans in the Diaspora who sought to raise funds to construct shelter for children of Genocide victims who are currently in school. The campaign was launched in April, 2009, by the Rwanda Diaspora Global Network. The project was later embraced by several governmental and non-governmental institutions.

According to statistics, the 1994 Rwanda genocide, which lasted for about 100 days, left approximately 800,000 Tutsis and Hutu sympathizers dead. 75,000 of survivors were orphaned as a result of the genocide. Of those that survived the genocide, over half the children stopped schooling because of poverty.

Even after 20 years , victims of the Tutsi genocide are still struggling to receive financial compensation for their physical and material losses. As far as getting justice for the wrong wrought against them, many say International organizations have failed them.

Photo: The one dollar complex for Genocide orphans