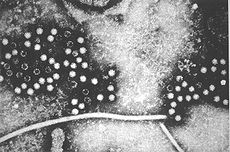 The World Health Organization (WHO) has confirmed 15 cases of Hepatitis E virus in Kigoma, Tanzania.

The cases were detected after 46 blood samples from individuals suffering from an unknown illness were sent to a research laboratory in Nairobi for testing.

A total of 690 patients were treated in Buhigwe District between August 20th and October 29th for Hepatitis E symptoms including high fever, headaches, general malaise, loss of appetite and vomiting. A small number of them also had jaundice and diarrhea.

Nearly 61 percent of the patients were below the age of 15 years and 54 percent of them were women. The first few individuals were misdiagnosed and treated for malaria, which presents similar symptoms and is prevalent in Tanzania.

Since the unknown illness first broke out in October, Tanzania’s Ministry of Health and Social Welfare has made an effort to strengthen case management. It has increased supplies to Mulela Health Centre, opened a treatment camp in Nyamabuye Dispensary and began sensitizing the public on environmental sanitation and personal hygiene in an attempt to curb the spread.

Hepatitis E is a viral liver disease that commonly occurs in developing countries without adequate clean water and proper environmental sanitation. Asia, Africa, Central America and the Middle East have all faced Hepatitis E outbreaks at one time or another.

With the confirmation of the Hepatitis E outbreak, Tanzania has put prevention and control measures in place and will soon conduct field investigations to determine the source, magnitude and risk factors for the disease. The WHO on the other hand is making plans for molecular characterization tests and genotyping.

No travel or trade advisories have been issued against Tanzania despite the outbreak.