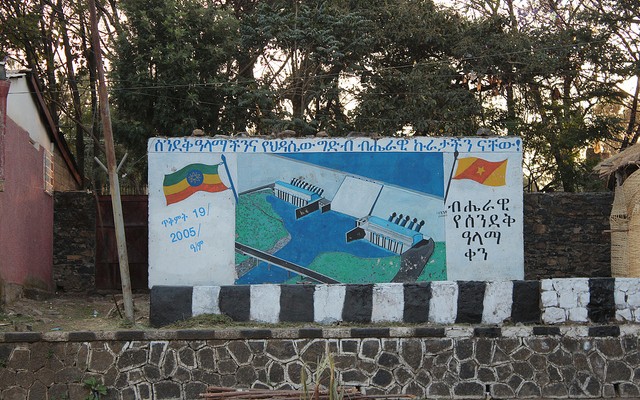 Ethiopian authorities have announced plans to raise 1.8 billion Birr (about $58 million) for the construction of the Ethiopian Grand Renaissance Dam (GERD).

The Office of the National Council for the Coordination of Public Participation for the GERD’s construction said the government plans to raise the money this fiscal year, the Ethiopian Herald reported.

Funds for the 6,000 MW dam, which would be the biggest hydroelectric plant in Africa upon completion, will be raised through the sale of bonds, the lottery, music, sports, and exhibitions.

In June, Ethiopian officials announced the winners of the GERD Lottery, which was created to allow Ethiopians to contribute to the dam’s construction.

On Saturday, officials announced that 1.3 billion Birr (about $58 million) had been procured for the dam’s construction.

Fikirte Tamir, deputy director-general of the Office of the National Council for the Coordination of Public Participation for the dam, said the funds were generated through several government income schemes.

Ethiopians home and abroad have supported the construction of the GERD, which is being built on the Blue Nile.

Despite the widespread support at home, Ethiopian officials have been working to reassure neighboring countries – particularly Sudan and Egypt – about the project.

Since 2010, when Ethiopia announced plans of constructing the GERD, there have been disagreements with Sudan and Egypt over the possible negative effects of the projects

Egypt, which relies on the Nile for its water supply, has voiced fears that its annual water supply from the Nile would be affected by the dam.

The disagreements about the dam and its possible adverse effects on downstream countries have led to several meetings between the Irrigation ministers of Ethiopia, Egypt, and Sudan.

In 2015, the irrigation ministers of the three countries signed an agreement for technical studies to be conducted on the possible adverse effects of the dam. This coming Tuesday, Ethiopia, Egypt, and Sudan are expected to sign agreements with two consultancy firms hired to carry out the studies on the GERD.

[Photo by The Minister of Information/CC BY-NC 2.0]