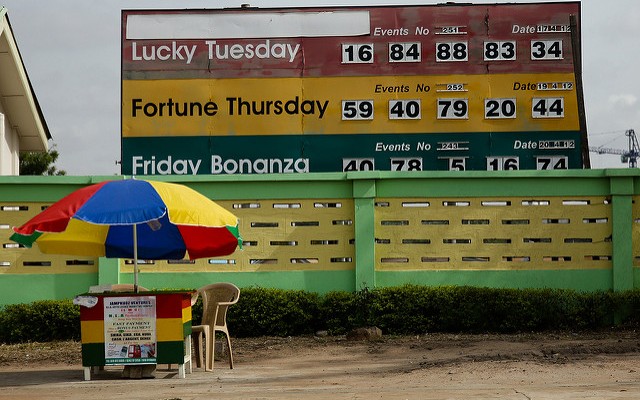 Ethiopian officials have announced the winners of the Grand Renaissance Dam Lottery, which was created to allow Ethiopian nationals to contribute to the construction of the 6,000 MW Dam.

The first and second winning numbers for the lottery, which is the biggest in Ethiopia’s history, were revealed on Monday at the National Lottery headquarters in Addis Ababa.

The holder of the first prize will receive 10 million Ethiopian Birr (over $450,000) while the second winner will receive 5 million (about $228,000), Awramba Times reports.

It is unclear if the winners of the Grand Renaissance Dam Lottery have been identified. However, the announcement of the winning numbers has caused a frenzy among Ethiopian lottery players.

Prime Minister Hailemariam Dessalegn and other high-ranking government officials all bought lottery tickets to contribute to the construction of the Grand Ethiopian Renaissance Dam (GERD).

The GERD, which is being built on the Blue Nile, will have a storage capacity of 74 billion cubic meters of water. Upon completion, the GERD will be the biggest hydro-electric plant in Africa.

Since 2010, when Ethiopia announced plans of constructing the GERD, there have been disagreements with its neighbors – Sudan and Egypt – over the project.

The Ethiopian government has repeatedly voiced assurances that the dam will not negatively affect downstream countries.

The Irrigation and Foreign Minister of Sudan, Egypt, and Ethiopia have been meeting to reach a consensus on the dam.

Technical studies into the possible adverse effects of the construction of the dam are currently being conducted by Dutch and French consultancy firms.