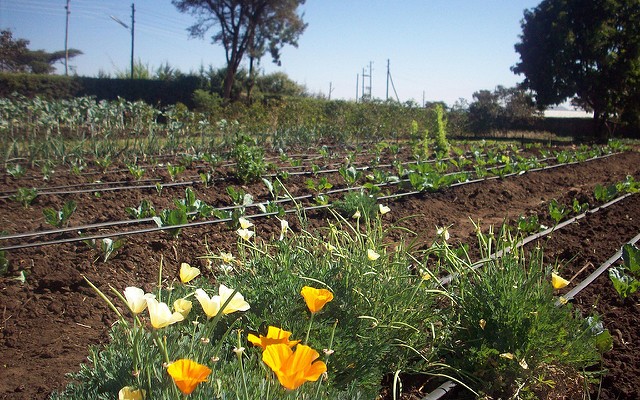 Protesters in Ethiopia’s Amhara region on Thursday attacked a series of foreign-owned flower plantations resulting in damages worth millions amid widespread anti-government demonstrations.

Belgian, Dutch, Israeli, Indian, and Italian flower plantations were among the foreign-owned facilities attacked in the region, Bloomberg reported.

“They were so aggressive, there were also soldiers who couldn’t control them, so we just ran away, as it’s life or death,” said Haile Seifu, manager of Esmeralda Farms Inc., a Dutch firm which was attacked in Bahir Dar. “They came actually at once through our compound, through our fence, through our main gate, so everybody left.”

Seifu added that the protesters caused damages to the flower farm worth about $7.8 million.

Anti-government protests in Ethiopia’s Amhara and Oromia regions have been ongoing for several months now. The demonstrations have turned violent after several instances of clashes between protesters and security officials.

The Ethiopian government has declared a state of emergency in the Amhara region, Times of Israel reported.

In August, the Ethiopian government denied a United Nations (UN) request for international observers to be sent to Ethiopia to investigate allegations of security officials using excessive force against protesters, Aljazeera reported.

Ethiopian authorities say although the country’s constitution permits peaceful demonstrations, the ongoing protests are being orchestrated by forces looking to destabilize the country.

The new wave of protests in Oromia is centered on demands for the release of people detained during the earlier protests, the New York Times reported. Meanwhile, the unrest in the Amhara region started with demands that the Welkait community, which was recently placed under the Tigray region, be returned to Amhara.

[Photo by Trees ForTheFuture/CC BY 2.0]