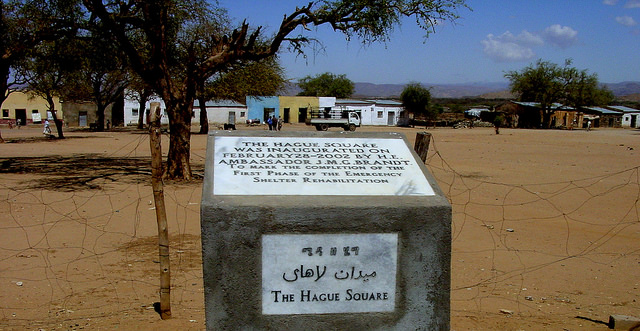 Addis Ababa on Monday denied Eritrea’s claims that Ethiopian forces mounted an attack in a contested border region over the weekend.

“Today we have managed to thwart not just the attack, but also to neutralize any threat coming from that direction,” Reda told BBC.

The clash between Ethiopian and Eritrean troops began on Sunday morning in the Tsorona area.

There are reports that the fighting, which involved heavy artillery, lasted for several hours.

[Photo: A photo of a public area in Tsorona on the Ethiopia-Eritrea border. (Roberto Maldena/Flickr)]