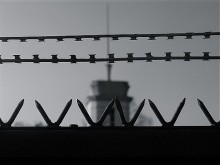 US Voices Concern After Ethiopia Charges 22 Opposition Members with Terrorism

The United States (US) has expressed concern over Ethiopia’s indictment of prominent opposition figure Bekele Gerba and 21 others on terrorism charges under its much criticized Anti-Terrorism Proclamation (ATP). The defendants, which includes students, civil servants and members of the… Read more ›