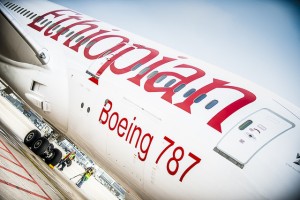 The multi-award winning airliner is scheduled to launch its new operations from Addis Ababa to New York in June. The move, which is reportedly being finalized, will make New York the airliners’ fourth destination in the Americas.

“New York is one of the world’s most economically powerful cities and including it in our ever expanding network will play a critical role in the expansion of trade, tourism and investment between the fast growing continent of Africa and the United States,” said Tewolde GebreMariam, Group CEO of Ethiopian Airlines.

Ethiopian Airlines will use only state-of-the-art aircrafts for flights on this route. According to reports, the airliner’s Boeing 787 Dreamliner will be used for round trips between Addis Ababa and New York.

Ethiopian Airlines’ flights from Addis Ababa to JFK are scheduled to depart on Tuesday, Thursday and Sunday mornings.

The new one-stop service linking New York and Addis Ababa will have a stop in Togo’s capital Lome. Lome is home to ASky Airlines, an Ethiopian Airline partner.

Ethiopian Airlines has a global reach with 92 international destinations across five continents. The state-owned airliner is the fastest growing in Africa with an average growth of 25% in seven years.