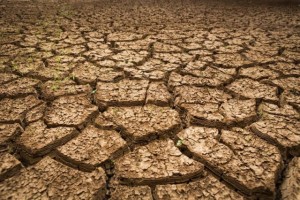 The ongoing El-Niño induced drought — the worst Ethiopia has experienced in three decades — is worsening and has left about 400,000 children suffering from malnutrition.

According to the United Nation Food and Agriculture Organization (FAO), the drought, which hit Ethiopia’s Afar region the most, has had dire consequences for about 10 million people currently in need of food aid.

The El Nino weather pattern has drastically reduced rainfall and crop production in agriculture-dependent Ethiopia. Crop production has reportedly dropped to as low as 90 percent in some regions of the country.

The drought has also had a devastating effect on Ethiopia’s livestock and officials predict a rise in prices as the situation deteriorates.

According to UN officials, the drought in Ethiopia will continue deteriorating until March when the rainy season begins.

On Friday, the FAO presented a $50 million plan to assist Ethiopians suffering from the effects of the drought. The program, which the FAO sought funding for, aims to assist 1.8 million farmers and keepers of livestock in 2016. The plan is to restore agriculture produce and reduce the number of people in need of food aid.

According to the FAO, the plan, which is estimated to help 131,500 households includes supporting seed producers and seed distribution. The initiative also aims at encouraging small scale gardening, small scale irrigation and women’s empowerment.

The campaign includes the distribution of emergency vaccination and food for livestock. Over 100,000 sheep and goats are set to be distributed to vulnerable households.

“In Ethiopia, El Nino is not just a food crisis – it’s above all a livelihood crisis,” Senior FAO official Dominique Burgeon said.

“And we need to intervene now to protect and rebuild thee livelihood and people’s capacity to produce, to prevent families from becoming log-tern dependent on food aid”.

Ethiopia, hailed as one of the fastest growing economies in the world, has allocated $200 million to confront the crisis.