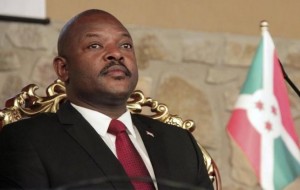 The African Union (AU) has authorized the deployment of a 5,000-strong peacekeeping force to Burundi amid widespread violence and rising threats of a reversion to civil war.

The AU Peace and Security Council made the announcement on Friday while stressing that genocide will not be allowed to happen again.

Burundi has dismissed the AU’s decision to deploy troops. The government said no foreign force would be allowed into the East African country.

“We will not allow foreign troops in Burundi. We don’t need them,” Burundi government spokesman Gervais Abayeho said. “We have a legal and democratically elected government that should be consulted before making such decisions.”

“We are a troop-contributing country to several African Union peacekeeping missions in Africa and now they want to bring peacekeepers into our country? Why don’t they just return our troops of they think we need help here?” he added.

The AU has given Burundi 96 hours to consider and accept the peacekeeping mission. If Burundi still refuses after this deadline, the AU would employ a special rule.

The rarely used clause of the 54-nation body allows for the deployment of troops to intervene without the consent of the host government.

According to reports, this will be the first time the AU will employ Article 4(h) to justify a peacekeeping mission.

Burundi has been imploding since July when President Pierre Nkurunziza won a controversial third term election. The conflict between supporters of the government and the opposition reached a fever pitch last week.

Over 70 people died in attacks against three military facilities. There are reports that civilians are among the dead and hundreds have since been arrested.

Reports indicate that since April about 200,000 people have fled the violence in the country.

Both the United Nations (UN) and AU have expressed concerns that the situation could deteriorate into civil war and destabilize the region. Burundi was embroiled in civil war that lasted between 1993 and 2006.

The AU has called for dialogue between the government and members of the opposition.

Uganda’s President Yoweri Museveni has been assigned by the East African Community to mediate between the conflicting parties. The negotiation is scheduled to be held in a neutral country. Although a location has not yet been chosen, officials suspect that the meeting may take place in Uganda.