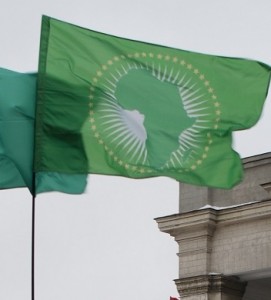 The African Union (AU) has reiterated its plan of creating a single passport to ease the movement of people and goods across the continent.

AU Commissioner for Political Affairs Dr. Aisha Abdullahi said on Sunday that the plan for a single African passport is in progress and so far, two countries – Rwanda and Mauritius – have implemented it.

The decision to implement a single passport for Africa is part of the AU’s 2063 Agenda. The move, which was agreed upon last year, aims to improve intra-African trade. The project also aims to ease the movement of domestic goods between member states.

“This would also ensure the free movement of people on the continent,” Abdullahi said at the #Africities summit over the weekend.

“Our people will not have to carry a visa to gain access to other African states. There will be free trade of goods”.

Agenda 2063 seeks to develop an industrial, peaceful and prosperous Africa. The AU has identified a few projects that will facilitate the achievement of the agenda in 10 years. These projects include an integrated high speed train network, a single African aviation market and the African passport.

Along with improving intra-African trade, the AU also seeks to create a peaceful continent. The AU has established a 2020 deadline to silence the guns on the continent. The task is especially difficult due to the recent escalation of terrorism in Africa.

According to reports, many have expressed concerns over the implementation of the common African passport. While the benefits of a single African passport are alluring, there are obvious challenges.

The recent spate of xenophobic attacks in South Africa is an example of the challenges the project will face. The issue of unemployment, widespread poverty and conflicts are also certain to affect the implementation of Agenda 2020.

However, some have underscored the fact that the challenges are the very problems that Agenda 2012 aims to resolve.