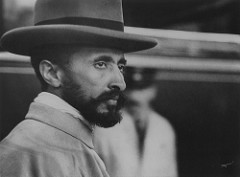 A Swizz judge has suspended the auction of an 18 karat gold wristwatch which allegedly belonged to Ethiopia’s last Emperor Haile Selassie. The judge made this decision on Monday after Selassie’s family raised questions about the origin of the watch. They argued that it may have been stolen along with other personal items belonging to the Emperor after his overthrow.

Auction house Christie’s Geneva valued the watch in question at between $520,000 and $1 million. The “18k gold perpetual calendar Patek Philippe 2497” watch was commissioned in 1954 as a gift for Selassie. It was presented to him when he visited Switzerland later that year.

The auction had been scheduled for Monday, Nov. 9. However, legal representatives of the royal family led by Prince Ermias S. Haile Selassie were able to obtain a court order just in time to stop the sale.

Christie’s say “the Emperor himself presented the timepiece as a gift to an eminent African personality, whose descendant is now disclosing it to the world.” They further argue that Ethiopian records show that Selassie gave his high profile guests watches as gifts.

“This is just the beginning and we will not stop until we get to the bottom of it,” Prince Ermias, Selassie’s grandson, said. He added that given the circumstances that led to Selassie’s death, the family would like Christie’s to reveal the identity of the “eminent personality.”

“As it is well-known in Ethiopia’s sad history, my grandfather was treated with unspeakable indignities and his property confiscated without benefit of law. Included in the properties stolen was belongings and personal property,” Prince Ermias’ letter to Christie’s reads. “Nothing was left.”

Selassie’s family suspect that the wristwatch was illegally seized from him in the 1970’s when he was imprisoned after being overthrown by the Marxist Derg regime.

“He loved this watch so much that he wore it on few occasions until his suspicious death in 1975. All of his property was stolen or confiscated by heartless junior military officers of Communist Ethiopia,” said Girum Alemayehu, spokesman for the Society of Ethiopians in Colorado.

However, Christie’s argue that they cannot disclose the identity of the personality who wants to sell the watch due to “confidential reasons.” They also insist that the history and authenticity of the watch has been proven.

“Our specialists have run all the checks on the piece (authenticity, provenance and history of the watch),” Stephane Von Bueren, the International Business Director of Christie’s Switzerland revealed. “We own visual proof that the watch was given by his Highness to some he knew very well at the time.”

Erin McAndrew, Christie’s spokeswoman, said the removal of the watch from the auction was normal when a “dispute of title occurs.”

“We cannot comment any further at this point as this matter is ongoing.”