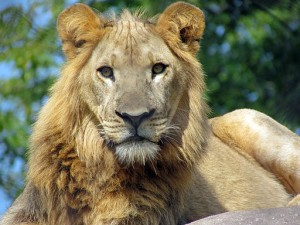 The population of lions in Africa has been declining steadily since 1990 and in two decades nearly half of this big cat remaining in West and Central African could be lost. The situation is equally dire in East Africa; there is a 37 percent chance of half of the region’s lions dying off in the same time.

According to a study published Monday in the Proceedings of the National Academy of Sciences, Africa’s lion population would continue declining without an aggressive government conservation policy in place.

Researchers say lions have been dying off in all regions on the continent expect in South Africa. Lions have managed to increase in the southern part of the continent due to intense conservation efforts including fenced reserves. Botswana, Namibia, South African and Zimbabwe are examples of nations were lions thrive.

The killing of Cecil the lion in a Zimbabwean reserve shows the dangers lion populations face in the battle against extinction.

Researchers arrived at the conclusion that African lions are disappearing fast after analyzing the population trajectory of 47 different lion populations on the continent.

“These findings clearly indicate that the decline of lions can be halted, and indeed reversed as in southern Africa. Unfortunately, lion conservation is not happening at larger scales, leading to a vulnerable status of lions globally. In fact, the declines in many countries are quite severe and have enormous implications,” said Dr Hans Bauer, lead author of the study.

Lions are listed as Vulnerable on the IUCN Red List of Threatened Species globally. However, the big cats are listed as Critically Endangered in West Africa.

The study proposes that lions should also be listed as Endangered in Central and East Africa. They should additionally be listed for Least Concern in southern Africa.

“We cannot let progress in southern Africa lead us into complacency. Many lion populations are either gone or expected to disappear within the next few decades,” said Dr Luke Hunter, co-author, President and Chief Conservation Officer of Panthera. “The lion plays a pivotal role as the continent’s top carnivore, and the free-fall of Africa’s lion populations we are see today could inexorably change the landscape of Africa’s ecosystems”.

Rapid human expansion and a general lack of government commitment to conservation have contributed greatly to Africa’s disappearing lion population. Poaching also has its effects, including the killing of bush meat for sale – these animals like antelopes are the lions’ main source of food.

Trophy hunting is also a major cause of the reducing lion population across the continent. According to the New York Times, the U.S. government is considering listing lions from West Africa as endangered under its Endangered Species Act. This would ban the importation of trophy hunts into America.