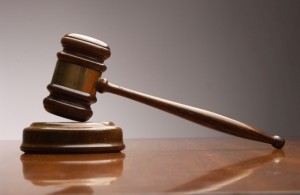 A British court’s decision to allow a judicial review of aid given to Ethiopia is based on “fabrications” about a resettlement program propagated by people outside the country, the Horn of Africa nation’s Foreign Ministry said.

The High Court in London on July 14 said a review could be conducted into whether the U.K.’s aid agency is adequately monitoring the human-rights record of Ethiopia’s government. The ruling came after an Ethiopian citizen said his government had used aid to implement a resettlement program in the western Gambella region under which he suffered abuses. The program forcibly moved tens of thousands of people and involved “serious human rights violations,” according toHuman Rights Watch. The U.K.’s development agency said it didn’t fund the program.

Ethiopia is enacting a five-year economic growth plan in a bid to reduce poverty and develop industries beyond agriculture, which accounts for 80 percent of employment, according to the United Nations.

“One reason for these distorted views clearly lies in the failure to understand the objectives of the resettlement program,” it said in a statement e-mailed by Ethiopia’s Embassy in the U.K. yesterday. “This has been further compounded by what can only be described as shoddy analysis of the programs on the basis of flimsy, politically motivated or even non-existent evidence.”

The U.K.’s Department for International Development, or DfID, is among donors funding the Promotion of Basic Services program, known as PBS, which provides grants to local governments in Ethiopia to fund the salaries of health, education, agriculture, water and road workers. The current, third phase of the plan that runs until 2018 has a budget of 510 million pounds ($864 million), according to a copy of the court’s ruling e-mailed by DfID.

The U.K. plans to offer 1.3 billion pounds in support to Ethiopia, Africa’s second-most populous nation, between 2010 and 2015. DfID denied it funded the resettlement program and said assistance is only used to provide “essential services like health care, schooling and clean water.”

The agency said July 15 it was unable to comment on ongoing legal proceedings. The PBS program has funded 38,000 health workers, 100,000 primary school teachers and 45,000 agricultural workers, according to Ethiopia’s Foreign Ministry. Programs such as PBS helped Ethiopia’s poverty rate fall to 29.6 percent in 2011 from 38.7 percent in 2005, it said.

The plan to resettle people in Gambella in 2011 involved mistreatment and arbitrary detentions, New York-based Human Rights Watch said in a July 14 statement. The group called the court’s decision an “important step toward greater accountability” after DfID made an “inadequate and complacent” response to abuse claims.

It “should be a wake-up call for the government and other donors that they need rigorous monitoring to make sure their development programs are upholding their commitments to human rights,” Leslie Lefkow, deputy Africa director at the organization, said in the statement.

The World Bank’s Inspection Panel, an independent complaints mechanism, is investigating similar claims that bank contributions to PBS were used for the Gambella resettlement plan.