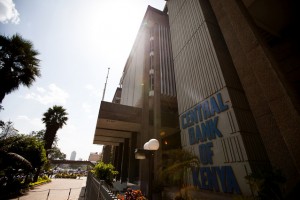 Kenyan banks involved in money transfers from the U.S. have officially began enforcing an international tax compliance law this week.

The Foreign Account Tax Compliance Act (FACTA), created by the U.S. Congress in the beginning of last year, is reportedly aimed at curbing tax evasion and improving the transparency of offshore transactions.

According to the law, local banks are required to provide the account details of all American citizens who issue an order for transfer of funds to the U.S. Internal Revenue Service (IRS).

Local banks are therefore required to register individually with the IRS or collectively through an Intergovernmental Agreement (IGA).

The penalty for non-compliance is that 30% of the transferred sum could be frozen by the U.S. bank.

Reports indicate that all money transfers are liable to face deduction, except income from trade.

Bankers have urged the State to fast track the IGA process to eliminate the necessity of local financial institutions having to register individually.

Reports indicate that Kenya’s Treasury has formed a task force with Kenya Banker’s Association, the Central Bank of Kenya and Kenya Revenue Authority to oversee the IGA.

Meanwhile, the U.S. Treasury has announced – ahead of the deadline in July – that the law will not be strictly enforced for two years provided banks are making an effort to comply.

Over 20,000 American citizens are estimated to reside in Kenya. In 2013, more than $1 billion was reportedly transferred to the east African country from the U.S.