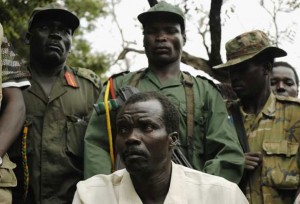 The Government of the United States of America has confirmed plans to discharge 4 CU-22 Osprey aircrafts to Uganda, as well as an additional 150 air-force personnel to man the planes.

The reinforcements are expected to increase the ability of African Union forces to hunt down the Lord Resistance Army (LRA) and its notorious leader, Joseph Kony.

Reports indicate that the White House notified US legislators of the impending move on Sunday, March 22nd.

AFP quotes Pentagon spokesman, Colonel Steven Warren, saying that the aircrafts and officers will begin arriving in Uganda next week.

The LRA, formed in the 1980’s, was originally created to battle the National Resistance Movement (NRM), headed by President Yoweri Musuveni – who had just ascended to power. However, the group quickly spread from its initial bases in northern Uganda to neighboring Congo, Central African Republic and South Sudan.

The LRA has been accused of several violations of human rights; including rape, torture, mutilation as well as child abuse.

Currently, Joseph Kony is wanted by both the International Criminal Court (ICC) and the United States government, who have put a bounty of $5 million on his head.

US officials have disclosed that like the forces sent to the east African nation in 2011, the latest deployments will not be directly engaged in battle, but will provide information, advise and assistance to AU and Ugandan forces.

The LRA has been severely weakened since the AU deployed peace keeping forces to unsettle the rebels in 2011.

Reports indicate that there have been mass defections from the LRA in the past few years and some pundits believe the group may be at its weakest in a long time.

There has also been some contention over the whereabouts of Kony – who has not been seen for many months. While some commentators speculate that the embattled rebel leader is considering surrendering. Others have said he may be seriously ill, or even dead.

Photo: Joseph Kony (in white shirt), along with members of the LRA.