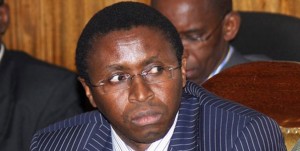 Kenya’s Ethics and Anti-Corruption Commission (EACC) has revealed that the nation’s 47 counties are under investigation for corruption.

According to a report by Daily Nation, this revelation was made to the senate on Thursday by the Deputy Chief Executive Officer of the Ethics and Anti-Corruption Commission, Michael Mubea.

Rumors have surfaced of the commission investigating several government officials, including cabinet secretaries and county governors.

But the Vice Chairperson of the EACC, Irene Keino, has told reporters that the investigations into the abuse of office by government officials does not include cabinet secretaries.

There have been several allegations of rife corruption in the Kenyan government, and officials have repeatedly vowed to eliminate this development.

The Chairman of the commission and newly elected President of the East African Association of Anti-Corruption Authorities, Mumo Matemo, has revealed to the press that the commission is planning to have branches opened in all counties in the country to monitor corruption effectively.

Meanwhile, Deputy Chief Executive Officer of the EACC, Mr. Mubea, says some corrupt senior officials have been identified and would be prosecuted once more evidence is gathered.

He also noted that the commission will look into allegations of nepotism and other violations of the laws of recruiting and procurement.

Mr. Mubea told the senate that although a cut in its 2014 budget has had a restrictive effect on the commission’s activities, strategic partnerships with other organizations with similar objectives have supported its operations.