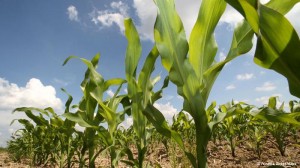 In the past few years, many African nations have been engaged in raucous public debates over the adoption of genetically modified (GM) crops.

While lawmakers and pro-GM scientists have reasoned that the biologically altered seedlings are resistant to many common diseases and are therefore superior to normal seeds. Critics of the lab-tampered seedlings say their introduction to local farmers risks destroying ancient farming practices and will ultimately lead to a dependency.

Experts have noted that GM seedlings are advantageous to large commercial farms, but not so much for small and medium sized farms – which make up a majority of the farmlands in Africa.

Many pundits have also connected the surge in campaigns for the introduction of genetically modified crops across Africa with the shunning of these crops in the western world.

Besides the threat of a disease outbreak through an ill-produced batch of seeds, many critics have noted that the adoption of biologically altered crops in Africa will effectively hand the power over food production to GM seed-producing companies.

But ironically, increased food production is the main argument for proponents of GM crops. According to them, an increase in food production will lead to a reduction in hunger and higher return for farmers.

Activists against GM seedlings say many non-biologically tampered disease-resistant seeds have been created in the past few years and research in the field is promising.

Many have also indicated that rather than problems with production, many African farmers encounter the greatest difficulties in effectively storing and distributing their products.

Currently, only three African nations (South Africa, Burkina Faso and Sudan) grow GM crops. However, about 6 other nations (including Uganda, Kenya and Ethiopia) are conducting field trials to ascertain the possibility of adopting genetically modified crops.

Reports indicate that there is a sustained attempt to promote GM crops at the national level in many African nations.

To this end, the Guardian has reported that the European Academies of Science Advisory is organizing a conference in Addis Ababa to promote co-operation and collaboration with local experts on the best ways of introducing GM crops to the deeply traditioonal country.

Last year, the Ethiopian parliament ratified its treaty on genetically modified organisms and reports indicate GM cotton is already being grown for export.

Officials have revealed that currently GM production will be reserved to crops grown for export.

But critics say as laws are eased to favour private investment in the sector, the prospect of returns may shift production into locally consumed crops and eventually the ‘food colonialism’ that many pessimists forebode will materialize.