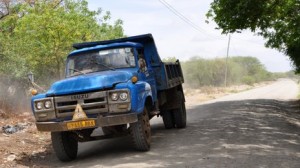 Mr. Gabriel Malata, the principal state attorney and representative of the government of Tanzania in the ongoing trial over the construction of a super highway through the Serengeti park has vindicated the much criticized decision of the government.

According to Mr. Malata’s argument at the East African Court of Justice, the super highway will bring no harm to the park’s ecosystem, rather he contended that it will increase traffic to the park – which has suffered from low patronage.

He also noted that, contrary to the claims of the complainant, the highway does not violate any of the East African Community’s founding treaty.

According to him, Kenyan-based Africa Network for Animal Welfare (ANAW) had speculated on the type of road being built, and lodged their case with the East African court.

However, he noted that the authorities have decided to construct the part of the 5-kilometer road that will cut through the park in gravel – nullifying the complainant’s concerns about the effect of a tarmac road on the park’s ecosystem.

Mr. Malata also argued that since the East African Community is yet to ratify its protocol on Environmental and Natural Resources, the actions of the Tanzanian authorities were not a violation of this protocol.

In 2010, Africa Network for Animal Welfare sought a “permanent injunction” against Tanzanian authorities after it was revealed that plans were being drawn up to carve a road out of one of the region’s most impressive natural reserves.

The complainant has argued that the road will bring drastic changes to the ecosystem, which may negatively affect the animals.

Besides the harmful fumes and noise cars will emit and the possibility of animals being run over, the organization says the highway may disrupt the famous wildebeest migration.

While many ecological experts have asserted the issues raised by the complainant, many tourism experts have also given credence to the arguments of the Tanzanian government.

The contentious highway is expected to significantly reduce the time it takes for people to move from Arusha to the coast.

Currently, people moving Arusha to Musoma have to go on a long, time-consuming journey around the large reserve.

The Arusha-based East African Court of Justice is yet to reveal what date it will make its ruling on this case which balances ecological preservation and economic interest against one another.

While many environmental protection groups highlight the dangers of the highway in hopes of gathering public support for the campaign to stop the project.

Tanzanian authorities say the long awaited highway will support the growth of tourism as one of the most important sources of national income.