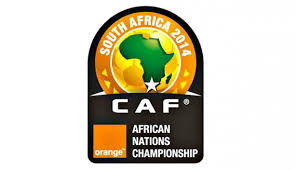 The 2014 edition of the African Nations Championship (CHAN) got underway yesterday – after a colorful and thrilling opening ceremony – with host South Africa and, fellow Group A member, Mali, recording victories to score the first points of the competition.

This is only the third edition of this tournament, which is dedicated to players based in the local leagues of their respective countries.

While football has received unparalleled publicity in South Africa in the past few years, many pundits say local leagues across the continent are just as competitive.

Although South Africa’s Bafana Bafana are considered one of the favorites of the tournament, other teams such as the Super Eagles of Nigeria, the Eagles of Mali and the Walyas of Ethiopia are rated to have equal chances.

The South African team got off to a dream start on Saturday after coming from a goal down to record a 3 – 1 victory against the Os Mambas of Mozambique.

By the time the clock struck the 45th minute mark, both teams were tied at 1 – 1 with a goal from Diogo Alberto of Mozambique and Bernard Parker of South Africa.

However, in the second half, Hlompho Kekana let off a long range strike to send his team ahead. The victory was sealed a few minutes to the end of the match after Parker slotted another goal past the Mozambican goalie.

A host nation is yet to win the CHAN title and there are high hopes South Africa may be able to do it.

In 2009, when Cote d’ ivoire hosted the inaugural championship, the Leopards of the Democratic Republic of Congo took the title after securing a victory against the Blackstars of Ghana. Again in 2011, hosts Sudan managed to place third, while the Carthage Eagles of Tunisia took the title.

In the other Group A match at the Cape Town stadium on Saturday, the Eagles of Mali recorded a surprising 2 – 1 victory against the Super Eagles of Nigeria.

Mali’s Abdoulaye Sissoko recorded an early goal in the 17th minute mark, and his team continued to dominate the game.

On the 50th minute mark, the Eagles of Mali got their second goal after Adama Traore put one past the Nigerian goalie.

Despite generally being the less better team of the encounter, the Nigerian team managed to pull one goal back after substitute Fuad Salami put a header into the Malian net.

Despite this loss – which several pundits have associated with their poor preparation – the Super Eagles are still considered one of the favorites of the tournament.

Later in the day, at the Athlone stadium Cape Town, Group B teams are set to battle for their first points of the tournament.

In the first match, at 15:00 GMT, the Warriors of Zimbabwe will hope to tame Morroco’s Lions of the Atlas. And in the second game, at 18:00 GMT, the Cranes of Uganda are set to test their wings against the Stallions of Burkina Faso.

The Walya Antelopes of Ethiopia will take to the field on Monday, January 13th, at the Free State stadium Mangaung, as they hope to score a crucial victory against the Mediterranean Knights of Libya.

On Tuesday, January 14th, the Swallows of Burundi will take on the Panthers of Gabon at the Peter Mokaba stadium, Molokwane.