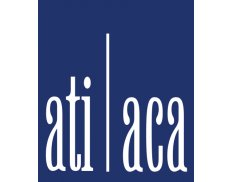 The CEO of Africa Trade Insurance Agency (ATI), George Otieno, says the organization turned down requests from companies operating in South Sudan for insurance covers, as the nation is yet to sign up to the AFI’s membership treaty, according to a report by The Star.

“This line of insurance falls under the heading of political risk insurance and ATI is therefore not permitted by its treaty to offer this cover in countries that are not members,” the CEO noted.

The AFI, which was formed in 2001 by several Common Market for Eastern and Central Africa (COMESA) member countries with the support of the World Bank, is aimed at promoting business and investment in the continent by providing trade and investment risk mitigation insurance.

In a report by Compete Africa, Julius Karuga, an ATI underwriter explains that “ATI fills two objectives. We fill a void in the existing market by providing insurance protection to cover investors against political risks. We also provide protection against non-payment risks which impacts banks, exporters, and virtually any company entering into a contract. Our second goal is to work with local insurance companies to help them increase their product range and capacity.”

The sudden outbreak of violence in South Sudan in the past week seems to highlight the importance of investment risk insurance in African nations.

Although South Sudanese authorities are reported to be in talks with the organization, the membership process is yet to be completed.

“While the country is yet to complete its membership, we are in discussions with them about moving the process forward. I think in the current environment, they would be wise to fast-track membership in order to gain investor confidence,” George Otieno said.

In 2012, ATI reported a 342% increase in profit. This year the organization revealed it is set to make a record payout for claims worth $6.7 million. ATI is reported to have supported about $2.5 billion worth of trade and investment in Africa since its establishment over a decade ago.

The organization is reportedly in talks with the Economic Community of West Africa (ECOWAS) over the prospects of entering into a partnership, which will enable the insurance and trade agency expand into west Africa.