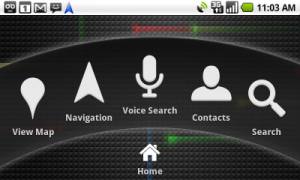 American internet multinational corporation Google have revealed the company’s famous map navigation service is being extended to about 25 countries in Asia, South America and Africa—including Somalia, Burundi and Djibouti.

Beginning today, all persons with Android phones in Burundi, Djibouti and Somalia will have the ability to enjoy voice-guided street-by-street navigation from their phones. The map service also provides information about towns, streets, historic buildings and other important destinations. It is currently unclear if the service will run on other operating systems, such as Apple’s iOS.

Earlier in the year the company announced the expansion of the service into several African nations including Ethiopia, Uganda, Rwanda, Kenya, Nigeria, Cameroon and Ghana.

Google is undertaking several projects in Africa such as the Google Project-Link—through which the company plans to provide high speed internet to several nations across the continent. The project was officially launched in Kampala, Uganda earlier in the year and technicians are reported to have already began laying fiber-optic cables in the ground.