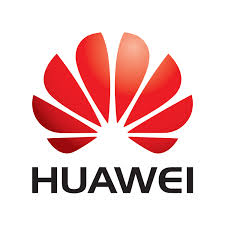 According to the Computer World section of the IDG news Service, the equipment was allegedly imported into the country in the name of Ethio Telecom, a state-owned telecom company, without Ethio’s knowledge, according to the Ethiopia Revenue & Customs Authority (ERCA). This was done to avoid paying taxes, ERCA said.

ERCA has said it will confiscate the equipment and is likely to slap the company with tax avoidance charges. The equipment has been stuck at the country’s port since last year.

Ethio Telecom signed an $800 million telecom equipment deal with Huawei and another $800 million contract with China-based ZTE to expand its mobile phone network only around five months ago. The equipment under investigation, however, was imported into the country toward the end of last year.

Questions are being asked regarding the timing of the imports. Industry are asking how Huawei Technologies knew it should start importing the equipment about nine months before the Ethio tender was actually awarded to the company.

Huawei imported a total of 235 items including energy storage units, various types of batteries and microwave telecom communication products. Ethio has told ERCA that it never told Huawei Technologies to import any telecom equipment on its behalf.

The projects with Huawei and ZTE aim to introduce 4G broadband internet in the capital, Addis Ababa, and increase mobile phone and 3G Internet access across the country.

Less than 1 percent of Ethiopia’s 85 million people have access to the Internet on mobile phones, according to the International Telecommunications Union. Ethio Telecom is the only operator in the East African country that is still under tight state control and the government wants it to expand its coverage to meet the growing demand in the communications market.

“China’s growing influence in Africa is one that is now turning into a heap of unprecedented embarrassment due to underhanded methods being used to win tenders by Chinese companies,” said Edith Mwale, telecom analyst at Africa Center for ICT Development.

In Zambia, the Anti-Corruption Commission is still investigating China’s Star Software Technologies and ZTE over corruption allegations. The ACC is investigating how Star Software Technologies was irregularly awarded a $220 million digital migration tender, which has since been cancelled. ZTE is being investigated over the manner in which the company was awarded a $210 million circuit television (CCTV) camera contract, which has also been terminated.

Chinese telecom companies have also been facing numerous corruption allegations around Africa because of the manner in which telecom contracts are awarded to them.

Huawei Technologies Co. Ltd. is a Chinese multinational networking and telecommunications equipment and services company headquartered in Shenzhen, Guangdong. Its first African office was opened in 1999 in Cairo, Egypt. The company employes more than 5,800 employees across 18 offices and has 1 R&D center in South Africa and 7 training centers in Angola, Democratic Republic of the Congo, Egypt, Kenya,Morocco,Nigeria, and South Africa.