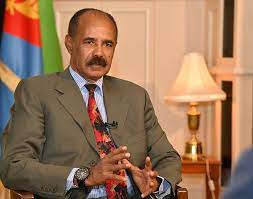 The president said his government is accused of recruiting and offering military training to Amhara youngsters with no any evidence.

It is to be recalled that the Tigary People’s Liberation Front (TPLF) had accused Eritrea of offering military training for tens of thousands of Ethnic Amhara youngsters.

He said Sawa is open for any Ethiopian who is interested in taking military training and knowledge. The president’s invitation has been warmly welcomed by Ethnic Amhara people.

It has been 117 days since the arrest of Tamrat Negera, the editor-in-chief of Terara Network Online Media, but he has not been charged and his bail application was pending.

On 10 March Judges at Gelan district court of the Oromia Regional State Special Zone Surrounding Addis Ababa ordered prosecutors at Oromia’s Attorney General office to file charges on journalist Tamerat within 15 days if there were reasonable ground for the charges the prosecutors were seeking to indict Tamerat with.