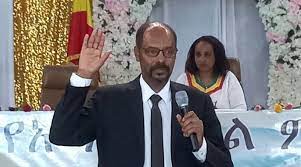 Recalling that the zone which was formerly known as Begemeder, was annexed by the invading Tigrayan forces 30 years ago, he said the legal process on legal return of the zone to Amhara region  is progressing well.

Kefale expressed hope that the federal government would release the budget to Wolkait and Setit Humera zone shortly in an attempt to resolve the absence of water, electricity and other services.

He paid tribute to those people who sacrificed their lives while struggling for the peaceful return of the zone and identity of the people who were living there.

The “land and identity question” of natives in the zone  goes back more than to 1991 after the Tigray People’s Liberation Front (TPLF) annexed the land to Tigray and forcibly removed the natives from their land in cruel and systematic ways.

The federal government has not been sending a budget to the zone for no clear reasons since the Amhara special force, Amhara Public Force also known as Fano  and militia have  dislodged the TPLF forces from the zone since November 2020.

More than 500,000 natives, who were ethnic Amhara, were forced to  flee the zone and  work far away, mainly the US and Europe.