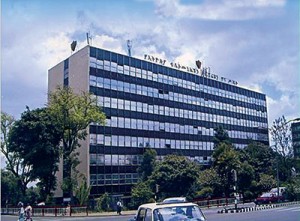 Ethiopia’s Ethio Telecom has revealed that Huawei Technologies Co Ltd as been contracted to launch a high-speed 4G network in the country, according to a report by Reuters.

This announcement comes following a deal between Ethio Telecom and China’s Huawei and ZTE earlier in the year to expand and improve the country’s information technology (IT) infrastructure.

The Ethiopian government’s ability to monitor the online activities of its citizens and intercept their digital communications has grown more “sophisticated” in the past year despite the fact the Ethiopia has one of the lowest information technology penetration in the world, according to a recent Freedom House Report.

The annual report, which evaluates the state of internet and digital media around the world, revealed that the Ethiopian government’s hawk-eye inspection over its citizens internet usage “is made possible by the state’s monopoly over the country’s only telecom company, Ethio Telecom”.

With the support of the China, the Ethiopian government is reported to have increased its surveillance abilities to be able to censor online political and social content as well as block advanced applications which could enable anonymous online communication.

“Ethiopia is the only country in Sub-Saharan Africa to implement nationwide internet filtering,” the report revealed, adding that the Ethiopian government’s censorship of online content intensified following speculative reports about the illness of the Late Prime Minster Meles Zenawi and Muslim protests in 2012 which was geared through the internet.

Mobile phones and internet were only introduced into Ethiopia during the twilight of the last decade. Despite several notable improvements in information technology (IT) across the world, the Ethiopian IT sector has grown at a slow pace. Currently, only an estimated 2.5% of the Ethiopian population are believed to have access to the internet. The Ethiopian government has noted that plans are underway to expand internet access to rural areas of the country where a majority of the nation’s population reside—thousands of kilometers of fiber-optic cables are reported to have been installed in the country and there are plans to connect Ethiopia to the East African Submarine Cable System (EASSy).

Adburahim Ahmed, the head of communications of Ethio Telecom noted that “In terms of allocation, Huawei will be responsible for the expansion of 4G in Addis Ababa, including other mobile services – the 2G, 3G, IP and the like.” He revealed that this project is expected to benefit over 400,000 subscribers.

Several pundits have commended the initiative, which is expected to bring internet access to Ethiopia’s rural population and bring the nation at par with its neighbors. According to a unidentified commentator in Addis Ababa “the poor state of IT penetration in the Ethiopia is the result of a high illiteracy rate and the high cost of purchasing IT equipments and connection. But the current project to expand network access throughout the country will see many more Ethiopians connect to the world online.”