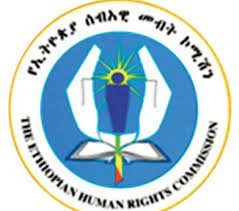 The Ethiopian Human Rights Commission (EHRC) said a total of 749 civilians were killed as a result of acts of violence and extrajudicial killings in Afar and Amhara regions.

In a report released on Friday, the commission said without including the extrajudicial killings, at least 403 civilians died and 309 others suffered minor to serious physical injuries as a result of acts of violence in the context of the conflict in the two regions.

EHRC said it has found out that all parties to the conflict have, to varying degrees, committed violations of international human rights, humanitarian and refugee law.

“The parties have caused civilian deaths, physical injuries, and property destruction by using civilians as human shields, conducting military operations from homes and in urban areas,” the report said.

EHRC said the latest report on Violations of Human Rights and International Humanitarian Law in Afar and Amhara Regions of Ethiopia had been conducted between September and December 2021.

“At least 346 other civilians have been subjected to unlawful and extra-judicial killings by parties to the conflict – mainly by Tigray Forces in parts of the stated regions,” the report indicated.

Forces of the Oromo Liberation Front (OLF) which the government calls ‘OLF-Shane’ also committed targeted killings of government officials and their family members, and civilians they accused of supporting the government, the report said.

“Tigray Forces committed widespread, cruel, and systematic sexual and gender-based violence including gang rape against women of different ages-girls and elderly women in parts of Afar and Amhara regions under their control,” the report continued.

The commission’s report further said the Tigray Forces committed the acts of sexual and gender-based violence were to demoralize, dehumanize and punish communities; often indiscriminately and sometimes in a targeted manner.

According to the report, the attacks were often perpetrated in a premeditated and cruel manner including through gang rape, rape in front of family members of victims/survivors, and insertion of foreign objects into female genital organs.

Oftentimes, these acts were committed with the knowledge of military commanders and officials of the Tigray Forces who, despite pleas from communities under their control, the report added.

The EHRC said it believes the information and evidence it gathered through its 29- member team strongly indicate a calculated and systematic use of Sexual and Gender Based Violence (SGBV) for warfare by Tigray Forces.