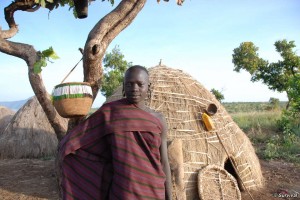 The African Commission on Human and Peoples’ Rights (ACHPR), the region’s top human rights body, has called for the forced relocation of thousands of tribal people in Ethiopia to be halted, and has raised concerns over the denial of rights of Botswana’s Bushmen, according to the report by Survival International.

The Commission urged Ethiopia to stop the forced resettlement of the Lower Omo Valley tribes to make way for vast plantations, while it investigates allegations of human rights violations.

Ethiopia’s policy of ‘villagization’ is enforced by the military, and numerous reports of killings, beating, rapes, and imprisonment of local tribal people have surfaced – which both of Ethiopia’s largest donors, the UK Department for International Development (DFID) and USAID, are reported to be well aware of.

A recent report, ‘Ignoring abuse in Ethiopia: DFID and USAID in the Lower Omo Valley’ by the Oakland Institute, revealed that despite investigations by the donor agencies which uncovered grave human rights violations, the agencies failed to take any action and have called the allegations ‘unsubstantiated’.

The report further states, “These agencies give virtually unconditional financial, political, and moral support to the Ethiopian government and DFID currently spends a larger proportion of its overseas aid budget on Ethiopia than any other country … they are willful accomplices and supporters of a development strategy that will have irreversible devastating impacts on the environment and natural resources and will destroy the livelihoods of hundreds of thousands of indigenous people.”

The ACHPR has also sent an ‘urgent appeal’ to the President of Botswana against denying the Bushmen their right to legal counsel. The Bushmen’s lawyer Gordon Bennett was barred in July from entering the country ahead of a vital court case concerning the Bushmen’s right to their land.

The Botswana government is doing everything in its power to drive the Bushmen from their land: as a result, Survival International has called for tourists to boycott the country.

Recent revelations of large-scale fracking (hydraulic fracturing) concessions on Bushman land have reinforced fears that the government is clearing the area for natural resource extraction.
Survival’s Director Stephen Corry said today, ‘If they won’t listen to international protests, perhaps Ethiopia and Botswana may at least listen to what the African Commission has to say. Otherwise both countries are going to become pariahs in the public’s eyes.’

The Mursi have lived in Omo for centuries. Partly for this reason they get frequent visits by tourists and anthropologists alike. Tall and elaborately decorated, their scarified bodies are daubed with paint and ornamented by hooped earrings and bicep bangles.

But now the Mursi may be those most affected by government operations to overhaul South Omo, an area that officials in Addis Ababa are calling economically and socially backward.

The plan would turn this scrub and savanna into about 700 square miles of state-owned sugar plantations that would in turn require building Ethiopia’s largest irrigation project. The water to feed the sugar cane year-round is to come from the Omo River, and is made possible by Gibe III, a partly Chinese-funded hydro-power dam that may be completed as early as next year. The cane will be processed at some five local factories.

The people of this valley, the Mursi, Bodi, and Karo, some of whom number only a few thousand, would need to reduce their cattle — their most prized possessions. Then many, if not all, will move into enlarged permanent villages.

Controlling the flow of the river will mean the end of an annual flood that makes fertile a strip of land for crops once the seasonal waters recede. An ongoing attempt to control Mursi traditions now means that at public meetings, state authorities implore the group to end “very bad” cultural practices like stick fighting and their characteristic lip-plates.

To be sure, Ethiopian authorities promise new jobs, public services, and plenty of irrigation for every Omo household that agrees to move out.
But this is not the view of international human rights groups who claim that Ethiopia is broadly and constantly harming locals as part of an authoritarian model of development.