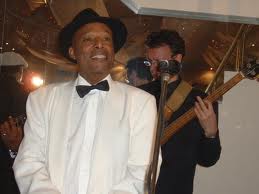 Famous Oromo singer, Dr. Ali Birra, is scheduled to celebrate his Golden Jubilee in the month of December in Ethiopia, honoring his 50-year music career.

The theme of the Golden Jubilee will be ”Barnootaa Ammas Barnootaa,” translated as “education, again education.” Taken from one of Ali Birra’s prominent songs, it emphasizes and encourages everyone in the society to be educated.

Organizing committee Chairperson, Lieutenant General Bacha Debele, told a press conference yesterday that Ali’s songs have been about his ambitions of a good future for the Ethiopian people.

The celebration of his Golden Jubilee will be accompanied by testimonies and presentations about his life as well as his music career. His companions, government officials, family members and media professionals are expected to be present at the event.

An exhibition and a music concert will also take place in Addis Ababa, Adama, Dire Dawa and other Oromia towns. Similar events will take place in Europe, other African countries, Middle East and Australia.

Ali Birra acknowledged the efforts of the organizing committee who have been working tirelessly for the last four months to make sure the celebration of the Golden Jubilee goes smoothly.

According to available documents, Ali started his music career when he was 13 with a cultural group known as “Arfan Qallo”, which at the time helped to promote Oromo music and culture. The first song he performed on stage was called “Birraan Bari’e”, after which his fans adopted the name “Birra,” to mean “the Spring.”